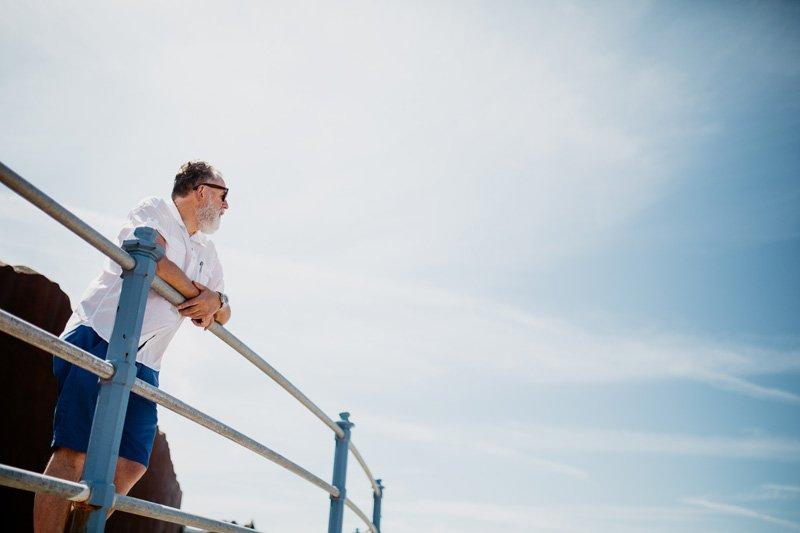 With golden sandy beaches and plenty for children and adults alike to discover, Morecambe Bay is the perfect place to relax, explore and enjoy.

Morecambe Bay is a large estuary in northwest England, just to the south of the Lake District National Park.

It is the largest expanse of intertidal mudflats and sand in the United Kingdom, covering a total area of 310 km2 (120 sq mi). In 1974, the second largest gas field in the UK was discovered 25 miles (40 km) west of Blackpool, with original reserves of over 7 trillion cubic feet. At its peak, 15% of Britain’s gas supply came from the bay but production is now in decline. It also one of the homes of the High brown fritillary.

The rivers Leven, Kent, Keer, Lune and Wyre drain into the Bay, with their various estuaries making a number of peninsulas within the bay. Much of the land around the bay is reclaimed, forming salt marshes used in agriculture. Morecambe Bay is also an important wildlife site, with abundant bird life and varied marine habitats, and there is a bird observatory at Walney Island. The bay has rich cockle beds, which have been fished by locals for generations.

There are seven main islands in the bay, all to the north; Walney, Barrow, Sheep, Piel, Chapel, Foulney and Roa. Walney is substantially larger than the others, with its southern tip marking the north-western corner of the Bay. Sheep, Piel, Chapel and Foulney Islands are tidal and can be walked to at low tide with appropriate care. Local guidance should be sought if walking to Chapel or Piel islands as fast tides and quicksand can be extremely dangerous. Roa Island is linked to the mainland by a causeway, while Barrow Island has been connected to the mainland as part of the docks system at Barrow-in-Furness.

There have been royally appointed local guides (holding the post of Queen’s Guide to the Sands) for crossing the bay for centuries. This difficulty of crossing the bay added to the isolation of the land to its north which, due to the presence of the mountains of the Lake District, could only be reached by crossing these sands or by ferry, until the Furness Railway was built in 1857. This skirts the edge of the bay, crossing the various estuaries. The London-Glasgow railway also briefly runs alongside the bay – the only place where the West Coast Main Line actually runs alongside the coast.

The bay is notorious for its quicksand and fast moving tides (it is said that the tide can come in “as fast as a horse can run”).

Morecambe Bay was featured on the television programme Seven Natural Wonders (BBC) as one of the wonders of the North.

Morecambe Bay is so called because historian John Whitaker suggested in 1771 that it was the Morikámbē tidal flat described by Greek geographer Claudius Ptolemy (died c170 AD).