In the coming weeks, Explore Morecambe Bay is shining the spotlight on some of the brilliant independent businesses in our Lancashire region.

This time, it’s Brucciani’s! The Brucciani’s family has been making ice cream in Morecambe for over 100 years and is best known for its speciality ice cream, coffee and their most Art Deco of confections, the Knickerbocker Glory.

We spoke with Paolo and here’s what he has to share.

How would you describe Brucciani of Morecambe in a line or two?
The Brucciani family have been manufacturing authentic Italian ice cream since 1893. Brucciani’s café on Morecambe Promenade is a listed art deco ice cream parlour and café and has served generations of holidaymakers and locals since it opened on this site in 1939.

What was the inspiration behind starting Brucciani of Morecambe?
Great-grandfather Luigi was 13 years old when he made the three-month journey with his family from Italy to make a new start in England. His family were farmers who were struggling to make a living in rural Tuscany so they came here for a better life. Luigi and his family worked their way finally settling in Barrow and setting up two cafes. Luigi’s son Peter set up the first of his two cafes in Morecambe in 1932 in the West End before opening the one near the Winter Gardens Theatre in 1939 as war broke out.

What was Brucciani of Morecambe like in the early days?
The current café opened the summer before World War Two broke out so Morecambe was heaving with servicemen and women. Despite wartime rations and not being able to make ice cream, the café became a hit with many calling in for Italian coffees. Churchill’s daughter used to come in for a coffee and we used to sell chocolate and cigarettes. As soon as we stocked the shelves, they were gone.

How has Brucciani of Morecambe evolved over the years?
The café’s popularity continued to grow after the war and it was in the 1950s when the coffee bar culture exploded. There were many celebrities who were performing at the Winter Gardens who used to come into the café including Bob Hope, Tommy Steel, Laurel and Hardy, Abbott and Costello, Thora Hird, Morecambe and Wise. Eric Morecambe famously came in one winter when there was no one about and said, “Where can I sit?” which had the staff in hysterics.

As time has moved on ice cream became one of the mainstays of the business as we branched out into wholesale. We are lucky enough to supply many supermarkets such as Morrison, Tesco and Booths in the Lancashire and Cumbria areas as well as other suppliers stretching as far as Yorkshire and Leicester. Our ice cream has won many awards including two Bronze medals at the National Ice Cream Alliance Awards.

The art deco café continues to be open on the Promenade and there are those who love the timeless charm and style it has. The café has also been lucky enough to be used as a location in both music videos, interviews and television series over the years, most recently ITV’s The Bay.

This last year has been challenging for different reasons and we have been lucky that we have been able to continue to trade as a takeaway during the COVID-19 Lockdowns whilst still supplying supermarkets, wholesalers and other establishments.

What are we excited about in the months and years ahead?
Obviously, with the easing of lockdown restrictions, the immediate future is looking brighter. We are looking to continue to bring the modern Mediterranean café culture to our beautiful promenade with the development of an outside seating area. As the future unfolds we hope to develop afternoon teas as well as selling branded speciality coffee and tea products.

One of our major priorities is to evolve into a café that is more accessible to people with allergies and intolerances. The prospect of new coffee machinery and the possibility of a dedicated kitchen are dreams we would like to see turned into reality. We are looking forward to serving future generations of locals, holidaymakers and visitors to the Eden Project alike.

What’s the most loved ice cream by our customers?
Historically our most sold flavour is Vanilla but recently we conducted a survey through our Facebook page (Brucciani of Morecambe) and the results were very interesting. We asked of all the flavours we have produced which are your favourites and the responses are below:

And yourself?
My own personal favourite is pistachio.

What ice cream makes and flavours do you stock?
We only stock our own ice cream. Even the ice cream mix that goes into our ever-popular whippy machine is our own authentically Italian recipe ice cream, the same vanilla ice cream you can have in a scoop. Of course, now you can add a variety of Flavour Bursts to the swirls.

When the lockdown is over and you can once again return to our beloved high streets, please remember to support and shop local. 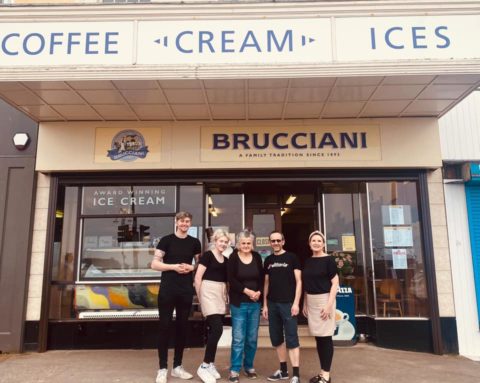 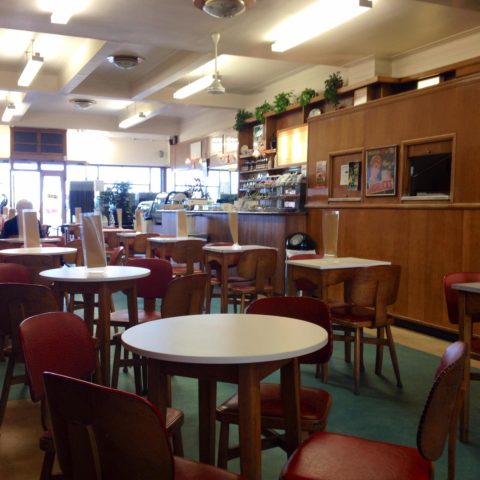 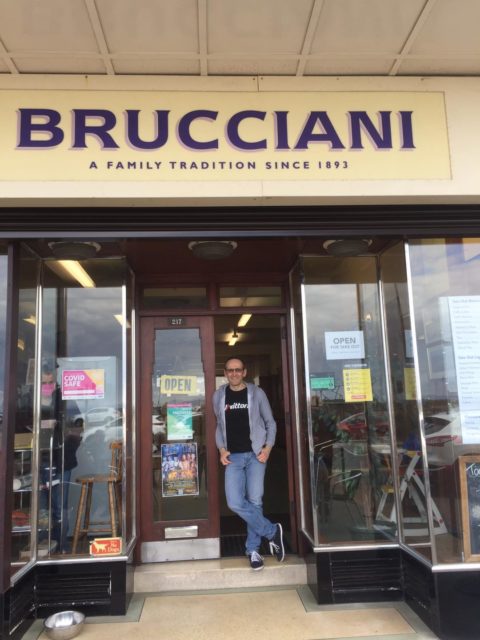 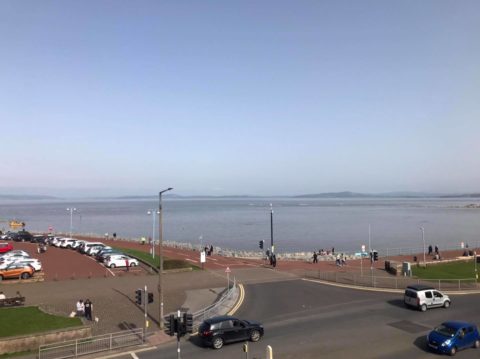 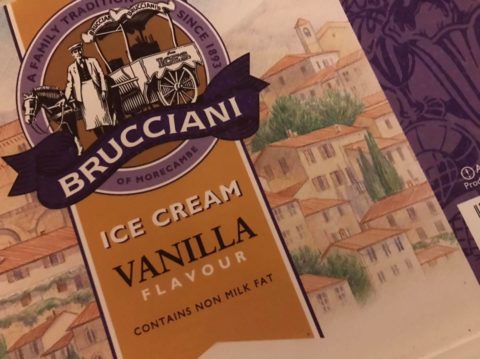