The chapel dates from around 750 AD and most observers can no longer see any reason to support the myth that the chapel was built by St Patrick, who actually died around 490 AD. It is thought that the chapel was built to serve a monastic community. All that remains is the south wall containing a doorway and the east wall. Close to the chapel, and chiefly south of it, are burial grounds in which 85 sets of bones were found.

St Patrick’s Chapel is a Scheduled Ancient Monument and is now owned by the National Trust, as are adjacent burial grounds, the Rock Hewn Graves and a part of Heysham Head. 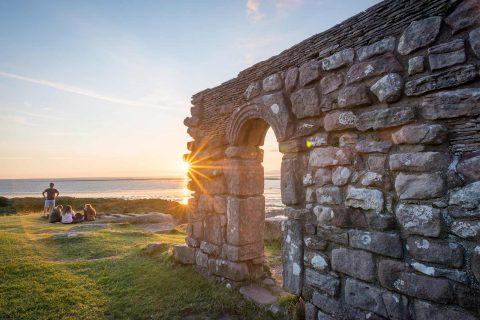 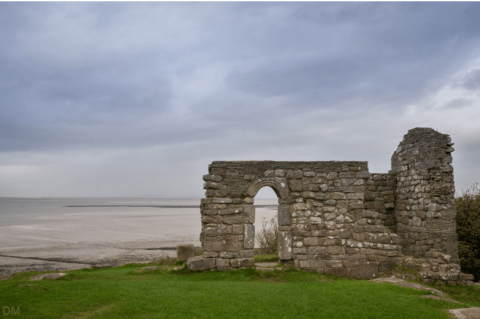 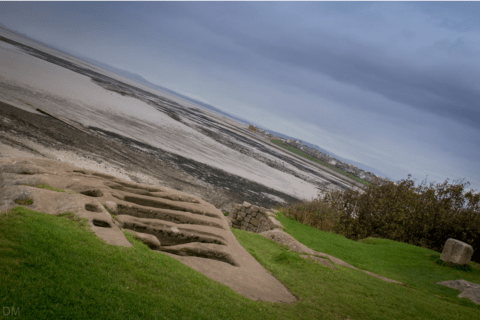