Learn about the Birds of the Bay 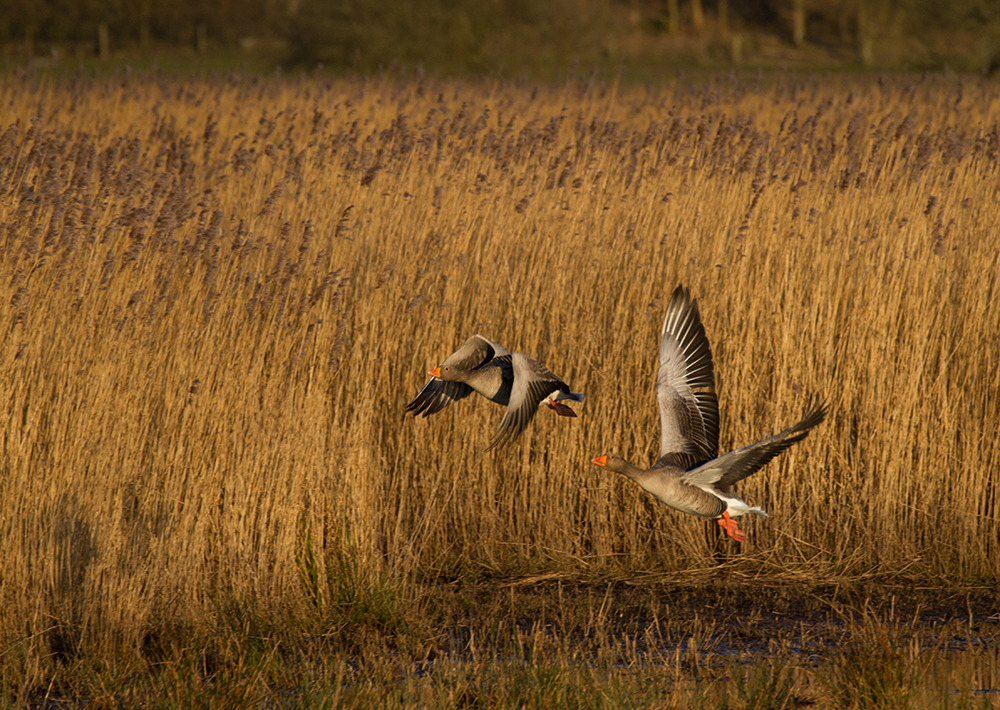 Learn about the Birds of the Bay

In autumn particularly you can spot one of the most amazing sights of the bay – murmurings of murmurations – magnificent dusk displays of hundreds of birds, all swooping and wheeling in unison. But the bay is home to some fascinating wildlife all year round – grab your binoculars and head to RSPB Leighton Moss, or simply keep your eyes peeled when you’re out and about to spot some of these local residents:

Let’s start with the starling – although we generally see them at a distance in huge flocks, up close they are incredibly pretty birds with feathers which almost shimmer in the sunshine.  They’re not hard to spot anywhere in the UK (apart from the tops of the Scottish hills) but we are especially blessed with them around the bay.  So, when’s the best time to catch a murmuration?  Well, ideally, you’ll need a nice quiet, calm evening, around an hour or so before sunset – although bear in mind that animals are not always completely predictable.  Check in with Leighton Moss as they’ll know where the best place might be to see them, as this can vary from evening to evening.  Remember to wrap up warm and take a flask of hot tea to keep you going.

It generally starts small with just a few flocks flying together but it gradually builds with additional flocks seamlessly joining in the aerial display until there are several thousand of them swooping and diving together.  It’s thought that they do this for a number of reasons – to keep warm, to ward of predators, to communicate – but, whatever the reason; it is truly magnificent to watch.

Waxwings aren’t common across the whole of the UK but we’re lucky enough to see them around the bay.  They don’t breed here, they just pop over from Scandanavia for their winter hols, but they absolutely love berries so can often be easy to spot in your garden.  If you want to encourage them plant hawthorn, or elder (they love elder berries!); rowan, and raspberries are also favourites.

They’re not big birds but are quite brightly coloured and fairly easy to recognise by the tuft of feathers on the top of their head.  Plus I always think they look a little like they are frowning.  Some years they will descend in large numbers and can strip a rowan tree in no time at all.

Is there anything more evocative than the sound of a curlew call a echoing along the sea shore?  They are largest European wading bird but are under threat at the moment in many areas due to changes in their nesting environment and increased predation.  They thrive in open moorlands, or rough pastures and the UK is home to one quarter of the world’s curlew population, but they have been in decline for several decades.  You can still see, and hear, them around the bay, and there is more information here about what we can all do to help and protect them.

OK, I’ll be honest, these are *really* tricky to spot, but there’s a good chance you can hear them if you’re wandering around Leighton Moss.  Their distinctive booming sound doesn’t sound like a bird call at all but it’s what the males do in the early spring to attract a mate – although sometimes they get a bit confused and ‘boom’ in reply to passing train hoots.  They are well camouflaged and incredibly hard to see, even when you’re looking straight at them – they look a bit like a brown stripy heron and these stripy markings mean they blend in beautifully with their preferred habitat of tall reeds.  If you’re patient they are well worth the effort though, but you may need to wait it out in your thermals.

From one of the trickiest to spot to one of the easiest well, at high tide anyway.  At low tide oystercatchers generally disappear out into the bay but, as the tide rises, they gather along the shoreline.  They’re also pretty easy to see if you peer out of the train windows as you chug along the Levens or Kent viaducts.  Distinctively black and white with a bright red beak they patrol the shoreline digging for cockles and mussels, although you can also find them on soggy fields inland where they’ll dig for worms.

They’re not rare, but they are wonderful to watch throughout the autumn as they come and go around the bay in their distinctive V formations.  If you wonder along the prom at Arnside or Grange-over-Sands on most autumn evenings you’ll spot squadrons of them flying overhead to their roosting grounds.  It’ quite a sight if you’re near them as they gather for takeoff and hard to believe that the chaos of noise, water and flapping quickly turns into one of nature most efficient migration patterns.

We are incredibly lucky that Morecambe Bay is one of the very few places in the UK where Marsh Harriers are resident. They are another of the star attractions at Leighton Moss, but they can also be seen around Meathop and Foulshaw Moss.  Although the population has struggled in the past, and still faces challenges from persecution it is, for now, more stable.  Marsh Harriers feed on small birds and mammals and can often be seen swooping in amongst starling murmurations looking for dinner.

If you’re still not confident about identifying the Birds of the Bay, sit back, make a cup of tea, and watch this excellent video by Morecambe Bay Partnership highlighting all the different species; their habits and habitats; and where and how they can be spotted.

If you’ve enjoyed learning about the birds of the bay, why not play Bird Bingo!

Morecambe Bay Partnership has come up with a new way to encourage residents and visitors to find out more about the wonderful and diverse wildlife living right on our doorstep.

With its rocky coastline, sandbanks and mudflats, Morecambe Bay is a fantastic habitat and feeding ground for all kinds of wading and sea birds.

This new leaflet helps you to identify the ‘Big Nine’ species and find out more about what makes the bay so perfect for their survival.

So download the leaflet here, dig out your wellies and binoculars and find out more about the birds of the bay!